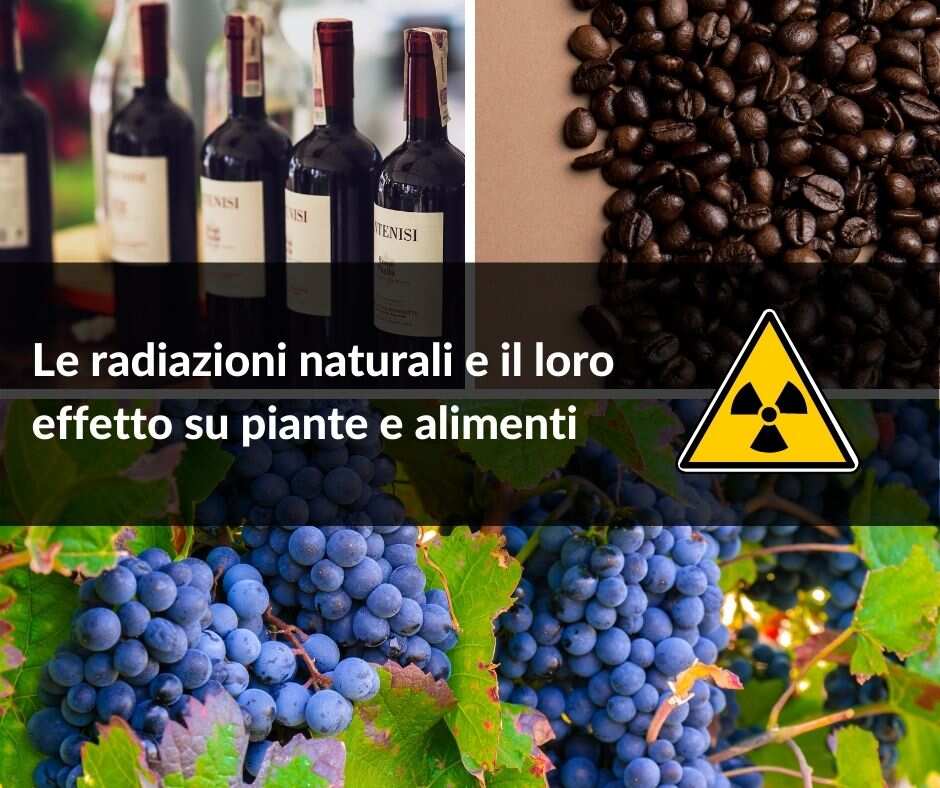 Negative effects caused by natural radiation, not only in the health sector but also in the agri-food sector

Natural radiation negative effects are visible in environments different from just the medical one, for instance in the agro-food environment. In the last few years, many tests were performed and they have all shown the negative effects on the examined products.

To start with, a few years ago, an interesting test was performed on wine: In the presence of 10 sommeliers, a few wine bottles from Cantina Franciacorta near Brescia were selected, without them knowing, some glasses were placed on micro-areas affected by ground natural radioactivity (about 1 micron thick); the result was surprising: all the sommeliers thought that the organoleptic characteristics of the wine placed on radiation (even for just a minute) had been deeply modified!

Natural radiation and other tests on plants and food

Recently there has been a similar test performed on coffee, both on coffee grains and on coffee as a drink: The testers also confirmed a strong difference in the aroma of the coffee exposed to natural radiation, even though the “radiated” coffee had only been placed on the “micro-area” affected by radiation for a few second.

Both these tests were filmed and have become “points of interest” for some pioneering researchers in the scientific field. Much more evident tests were performed in the flower and winegrowing sectors. Analyzing grapes that were struggling to develop and ripen, it was confirmed that they had been affected by natural gamma ground radiation (see the picture).

Natural radiation interferes with the growing of little plants

As for the flower sector, two of the same kind (same type, same age) of small plants were placed in two different vases; the first vase was placed on an area not affected by natural radiation, while the second was place on a naturally radioactive area: the results are evident, the radiated plant didn’t produce any flower (see the picture) while the other developed regularly, because it was placed in an area not affected by natural radioactivity.

Hence the question:
what happens if a person spends more time on a specific radioactive area?…

For more information on the solutions to the ground radiation problem, do not hesitate to get in touch! We guarantee to reply to you within 72 hours